As a graphic designer for SlimFast, Danielle designed the packaging for the new SlimFast Keto line. She found herself in the unique position of learning about the Keto diet during the process and by the time the products were available, she knew she had to give them a try. Danielle committed to a week and loved her results so much she kept going!

I really can’t pinpoint when my weight became an issue – it really kind of crept up on me. I had always been able to maintain an “average” weight and really didn’t care about being healthy as a young person. As a teenager and later as a college student, I ate WHATEVER I wanted. I basically lived on energy drinks and fast food. I often used food as a reward for myself – I worked hard today; I deserve to pig out. I deserve beer and all-you-can-eat boneless wings; probably my first mistake. It also didn’t help that I worked in a restaurant where I could snack all day. This continued all throughout my 20s. It happened slowly so I didn’t notice it day to day, but before I knew it, I was approaching 30 with about 30 lbs of extra weight.

Fast forward to 2019, and I’ve been working as a Graphic Designer for SlimFast for 3 years. Of course, by now I’ve seen firsthand what the SlimFast Plan can do! After seeing countless success stories and learning all about the Keto diet with the launch of SlimFast Keto, I decided – “why not me? Why not use this great tool I’m surrounded by every day?” In December 2018 a group of us in the office decided to give it a shot – I apprehensively agreed to give it ONE WEEK. Even after seeing others’ success I still didn’t know if I could do it. But now, 9 months later, I am SO glad that I did. I had hoped to lose about 20 lbs – instead I lost 45 lbs and 26 inches!

My success was almost instant, and I’ve been sticking with it ever since! I lost 6 lbs in the first week and just felt so much better overall – less hungry, more energy, and I was enjoying the ease of the SlimFast Plan. With 2 meals a day covered, I only had to figure out one Keto meal which made it simple to ease my way into this lifestyle change.

The SlimFast Keto products honestly taste like dessert, so I rarely felt like I was on a diet. I think the Fat Bombs are everyone’s favorite (seriously, I could eat those Caramel Cups every day for the rest of my life) but the meal bars have been a lifesaver. I love being able to pull one out of my desk drawer and not have to think about breakfast. I also really love coffeehouse beverages and was reluctant to give those up – so one of my favorite “hacks” is a SlimFast Advanced Nutrition shake with a little MCT oil and a couple shots of espresso. I get my coffee fix and my meal all while sticking to The Plan.

For my sensible meal, my favorite bit of advice is to take the meals you already love and figure out a way to make them fit into your new Keto lifestyle. For my low-carb meal, I did things like subbing low-carb tortillas or cheese shells to make tacos, bunless burgers, broccoli slaw spaghetti, fathead bagels and pizza; I’ve found so many great recipes and cook at home more than ever before. I hardly ever feel like I’m missing out, and it’s been great to learn about healthy alternatives to the carb and sugar-loaded foods I had been eating for years.

My only regret is that I didn’t do this sooner! I spent too much time doubting myself and my willpower to stick to this plan. I am so grateful to SlimFast for helping me learn about better habits so I can lead a healthier lifestyle going forward. Being 45 lbs lighter feels pretty great too!

† Danielle followed the SlimFast Plan (a reduced-calorie diet, regular exercise, and plenty of fluids) for 39 weeks. She was not remunerated for her weight loss, only for her testimonial. Average weight loss is 1-2 lbs per week. Results not typical. Read label prior to use. Check with your doctor if nursing, pregnant, under 18, or following a doctor prescribed diet. 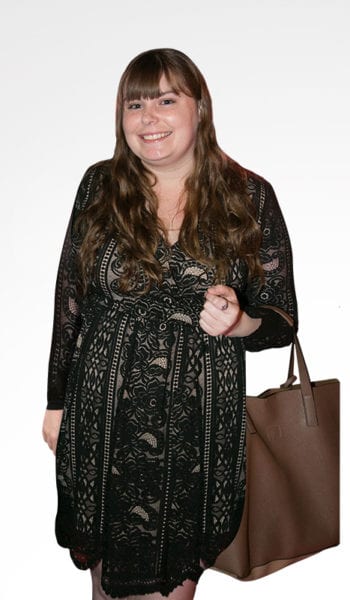 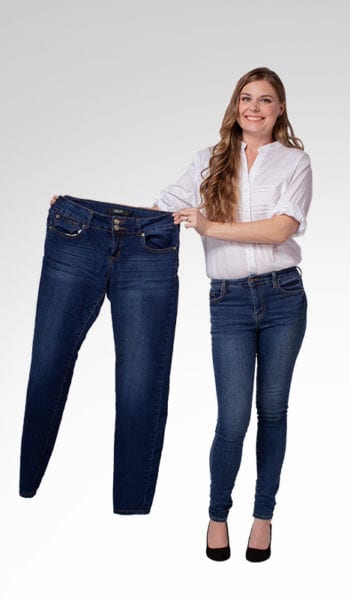